29LT Zawi is a present-day simplified typeface drawn with extreme refinement incorporating a mono-linear structure that unveils causality within a corporate atmosphere. A mixture of straight vertical, horizontal, and diagonal letter structures fused in-between sharp corners and edges give the typeface a dynamic characteristic and rhythmic feel. Its straight terminals and mono-spaced Latin letters lend the typeface a young and contemporary image that makes it suitable for diverse number of projects from fun and urban to serious and corporate. 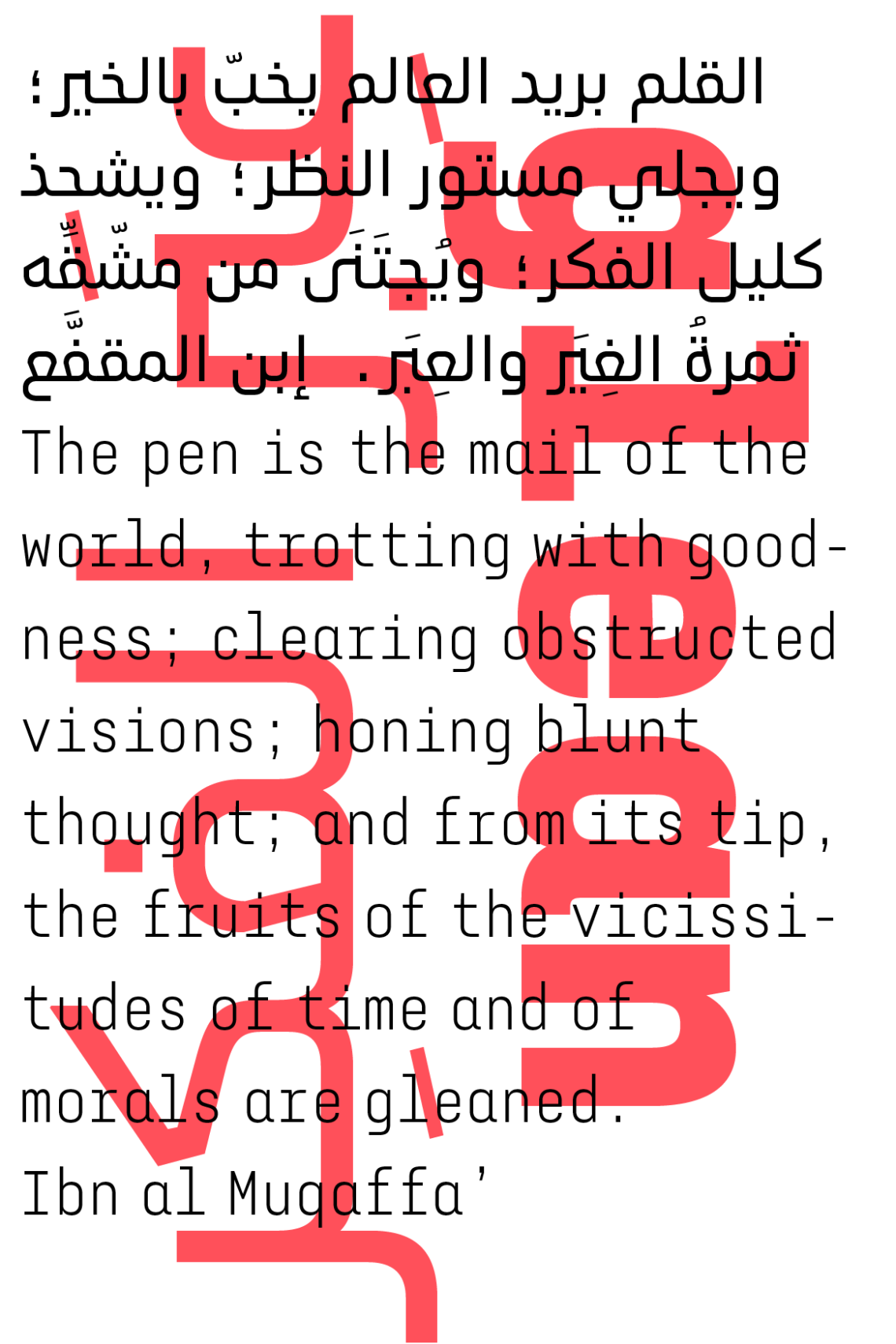 It is a type family created with maximum legibility and ease of usability mindset. The Arabic letterforms were drawn in a certain arrangement that represent modernity while retaining its connection to traditional calligraphy. Whereas the Latin is drawn based on the mono-spaced or mono-type fonts that were created in the early 20th century for typesetting machines and typewriters. 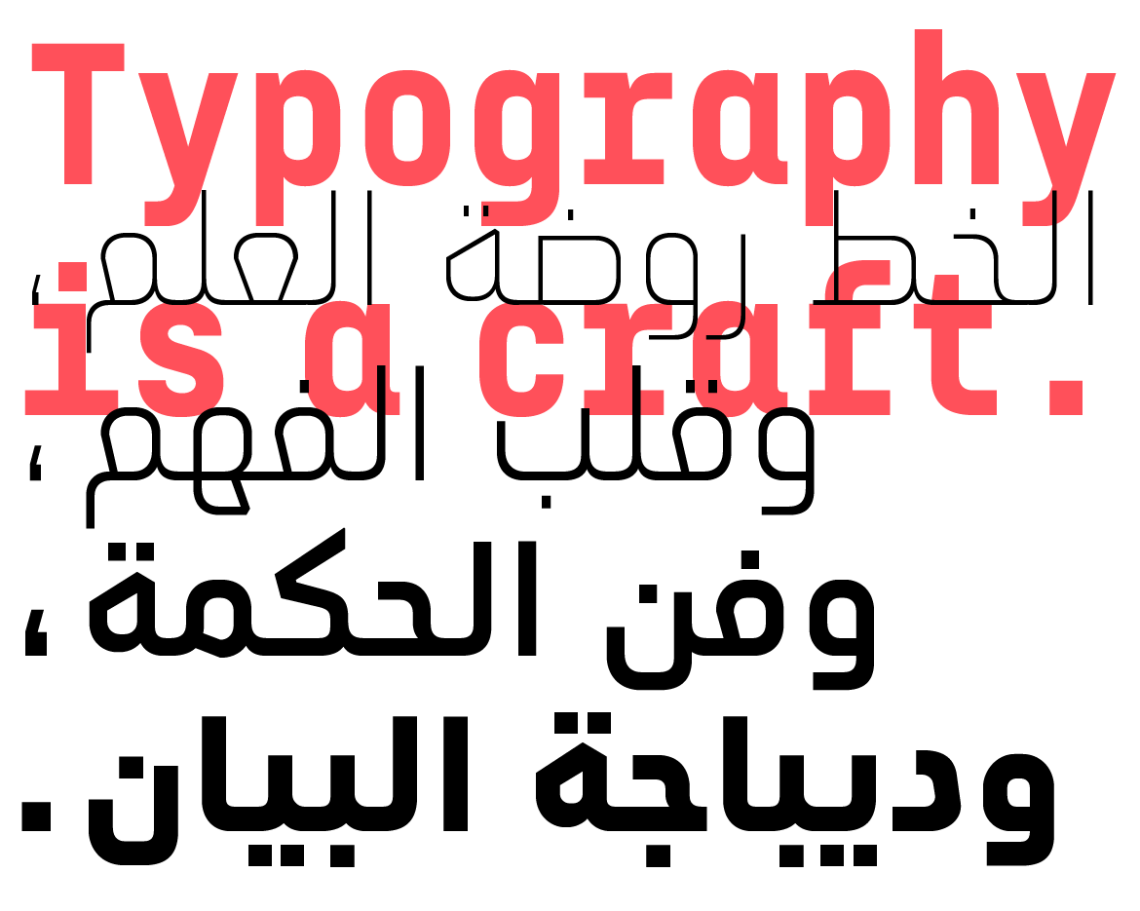 A number of elements bring both Arabic and Latin scripts together: the design approach, open counters, proportions, terminals and finials, weight and contrast. Both scripts were created in synergy and were inspired from each other simultaneously.

29LT Zawi is the clean-cut version of 29LT Baseet, while Baseet is rounded with a curved characteristic, Zawi is angular and straightforward.
You can refer to Baseet article to familiars yourself with the whole type system logic.

Zawi underwent the following modifications to make it the plain version of Baseet:

In the Latin character set; (1) the apertures of the open counters are closed, (2) the terminals and finials are straightened, (3) the links between the stems and the shoulders and counters are opened, and (4) the beginnings and endings of the pen strokes are cut.

In the Arabic character set; the same approach was taken as or the Latin concerning the terminals and finials, with the addition that some letters have a complete overall of their skeleton structure and the starting pen stroke of the ascender is cut. 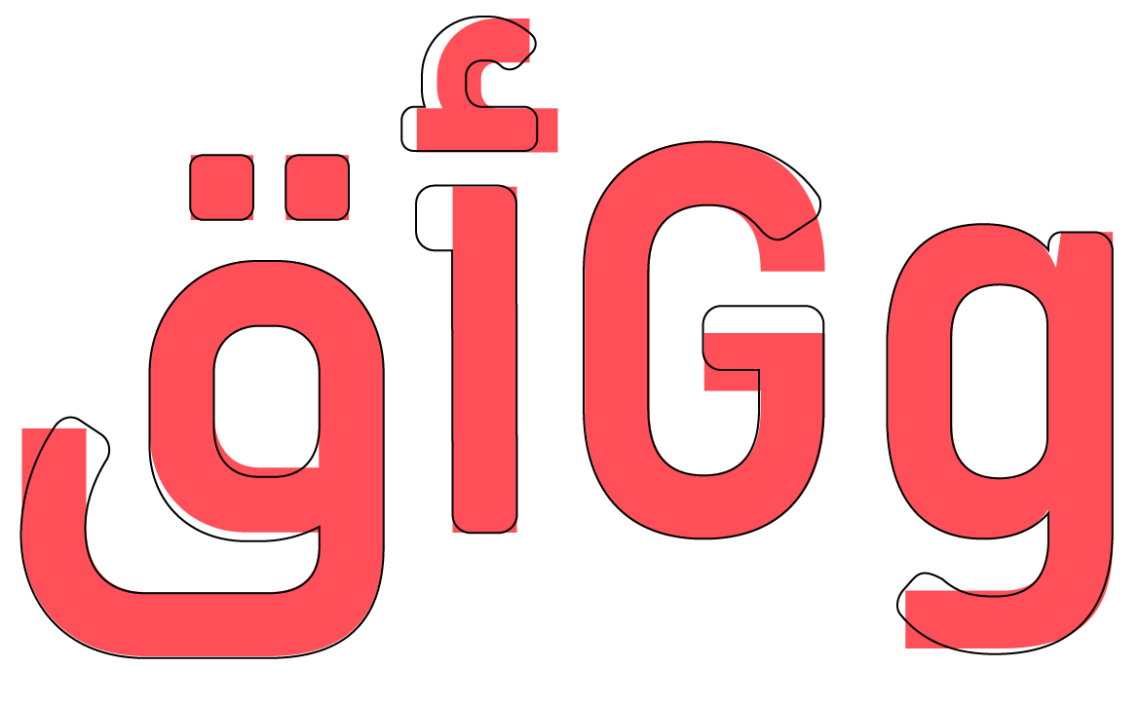 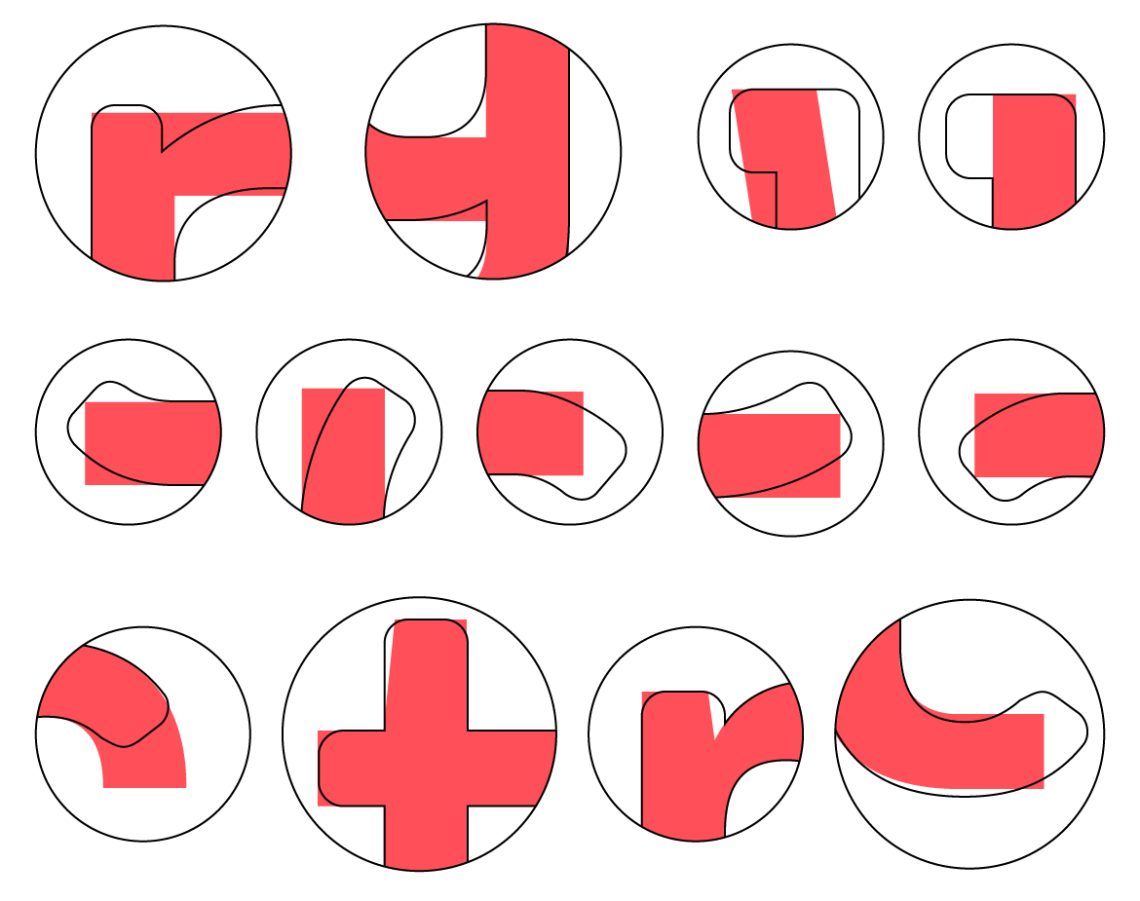 29LT Zawi and Baseet are siblings with contrasting characters. Baseet‘s rounded design feature gives it a young and friendly aspect while Zawi‘s angular appearance gives it a serious and corporate identity. 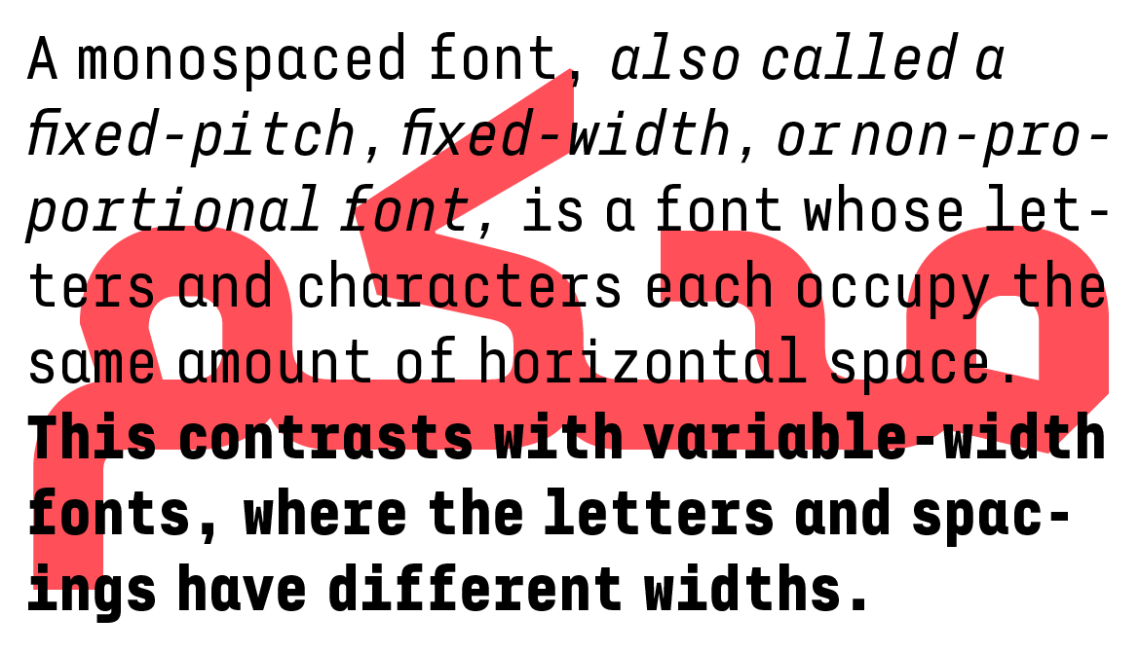 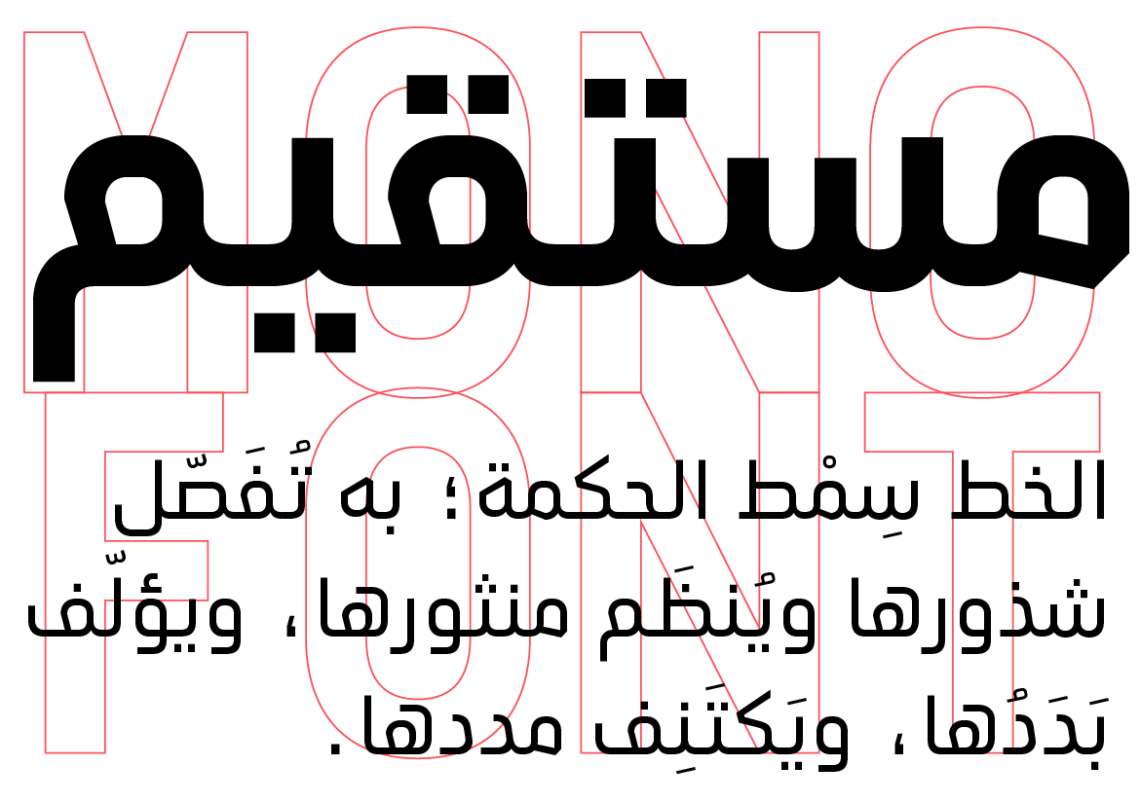 Visit 29LT Zawi webpage on www.29LT.com website and download the type specimen for full information about the typeface. 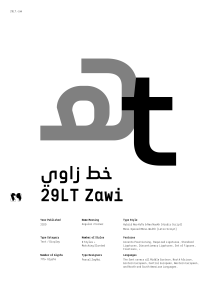 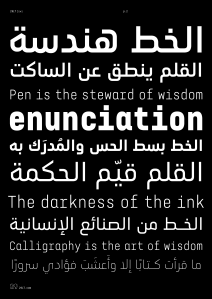 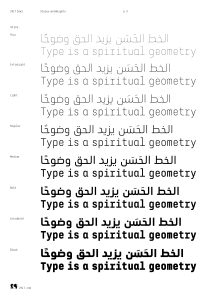